Alpha Brain Waves: Why They Reduce Anxiety & Calm You Down 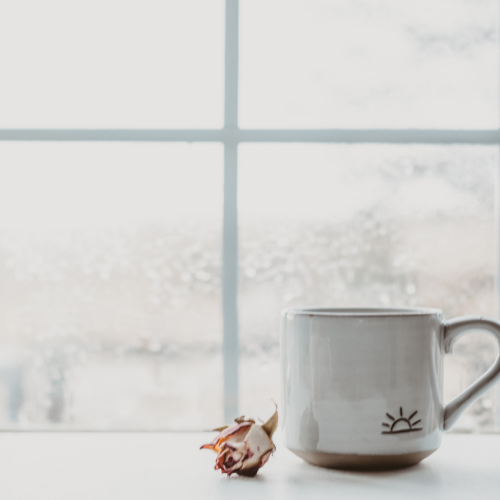 You're staring out the window while fluffy clouds drift gently across an impossibly blue sky.

A deep and pleasant sigh escapes your lips. You lift your cup of warm tea and take a delicious sip.

The chair beneath you feels soft yet sturdy. You notice the birds chirping and a warm breeze.

There's no rush to be anywhere. Everything feels calm and relaxed.

This is your brain on Alpha waves.

When Alpha brain waves are dominant, you’re in a state of wakeful rest. Alpha waves naturally occur just after you wake up, during daydreaming and relaxation. You’re awake but you aren’t concentrating too hard.

What are alpha brain waves?

Your brain is made up of billions of neurons that use electrical signals to communicate.

When neurons fire together to send signals to other neurons, the resulting patterns are known as brain waves.

There are five types of brain waves that range from very slow to very fast. Alpha waves fall somewhere in the middle. Not too fast, not too slow.

Imagine you’re watching the waves at the beach. You start counting how many times they crash onto the shore per second.

The number of times the waves crashed onto the shore is their frequency. In science, this frequency is called Hertz (Hz).

The frequency of Alpha brain waves are between 8-12 Hertz. This means Alpha waves peak 8 to 12 times per second.

Alpha brain waves are just one kind of brain wave. There are five types of brain waves, each with a different frequency range and unique benefits. From slowest to fastest they are:

When you're producing alpha waves, you're in a more relaxed, restful mental state. Which means alpha brain waves help you to reduce stress and feel calmer.

Another study found that increasing alpha activity in the brain’s parietal lobes helped decrease symptoms of both anxiety and depression in those with generalized anxiety disorder.

By boosting your alpha waves, you might also experience less anxiety and a greater sense of calm. 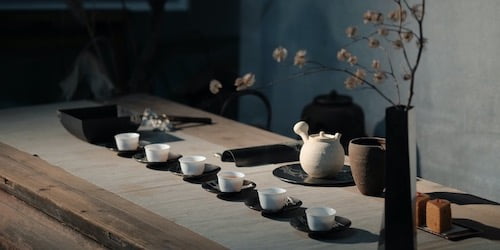 Can you increase alpha brain waves?

You can activate alpha brain waves through neurofeedback - a specialised brain training program where you try to consciously induce specific brain waves.

However, an easy and effective way to increase alpha waves is by listening to meditones®. Because meditones help entrain your brain.

What is alpha brain wave entrainment?

Entrainment refers to the synchronization of organisms to an external perceived rhythm. Your mind and body integrate musical patterns in unison with your own biological rhythms - like tapping your foot along with the beat.

But some entrainment rhythms are more subtle. Music can entrain your heartbeat, your hormones and even your brain waves.

Both brain waves and sound waves are measured in Hertz. Which means we can use sound to stimulate or entrain specific brain wave patterns.

Meditones® are precisely tuned frequencies of sound, that when heard with headphones, guide your brain into effortless calm.

Here’s how they work.

When two frequencies are combined they make a humming vibration. When you listen to this vibration with a pair of headphones, your brain synchronises to that frequency.

Which means, when you listen to a vibration of 10Hz, your brain will produce brain waves of 10Hz. 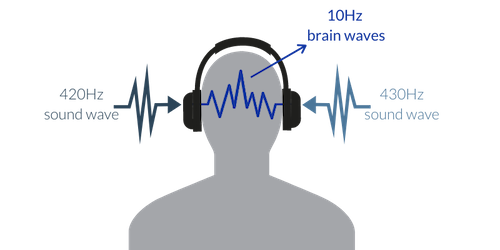 Brain waves that are at a frequency of 10Hz are in the Alpha range. So by listening to meditones at 10Hz, you’ll start to produce Alpha brain waves and feel blissfully relaxed. Effortlessly.

The technical term for meditones is binaural beats and their results are completely backed by science.

But all you need to remember is that they make you calm without you having to do a thing. Just listen with headphones, and the meditones effect occurs naturally and easily. 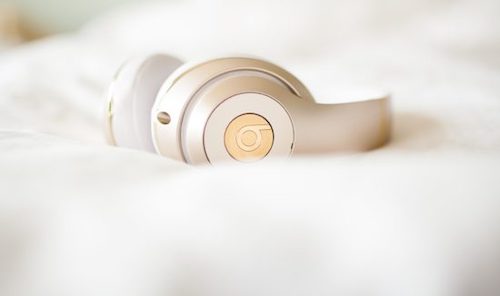 Slower paced music is perfect for inducing a relaxed state of mind. By combining Alpha meditones and calming music, you can easily begin to reap the benefits of Alpha brain waves, such as:

Inside the Seekers' Sanctuary we have hours of calming meditones music for alpha brain waves. You can easily filter by brain wave on the Explore page.

Electrical activity is always occuring in your brain. But alpha brain waves are dominant when you are awake and calm.

You can boost alpha brain waves when you listen to meditones, meditate or practice mindfulness. Which in turn will help you reduce stress, overcome anxiety and feel calmer.

Access hours of meditones music inside the Sanctuary with your FREE trial today!