How To Use Meditones To Wake Up Refreshed Every Morning 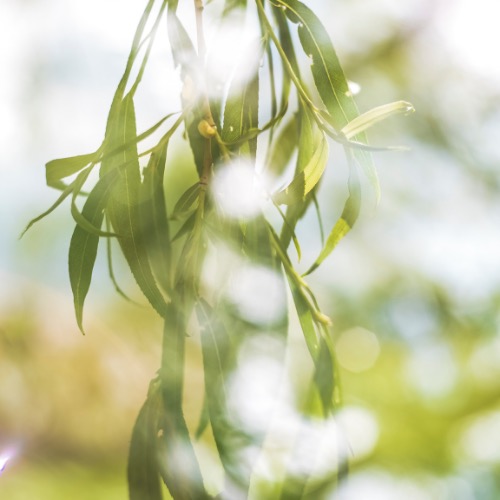 The robotic jangle of an alarm clock has jerked you out of a pleasant dream. Groaning, you hit the snooze button and pull the covers tighter.

A few minutes later, that sound ricochets around the room again. How did it get louder?!

Taking your sack-of-potatoes feeling and stumbling into the kitchen, you reach for the magical elixir… coffee.

Does anyone wake up feeling refreshed? you silently ask yourself as you struggle to find those blasted car keys again.

The good news is, yes. People can and do wake up feeling refreshed. And with some help from neuroscience, you can too.

Obviously the most important part of waking up feeling refreshed is getting a good night’s sleep.

But if it’s morning already, you need something that will help you feel more awake now.

What Happens In Your Brain When You Wake Up

There are two dominant brain waves that occur during sleep: Theta waves and Delta waves.

During sleep, your brain goes through cycles of light and deep sleep, alternating between Theta and Delta states.

When it’s time to wake up, a part of the brain called the reticular activating system switches on. The RAS acts like a gatekeeper or filter for your brain. It senses both internal and external signals for attention and can send neurochemical signals to wake up other parts of the brain.

For example, your RAS is responsible for waking you up when it senses you need to go to the bathroom in the middle of the night. External sounds like an alarm clock or someone telling you to wake up can also switch on your RAS.

Once the RAS turns on, it can take some time for your whole brain and body to wake up. This is because it takes a few minutes to clear all the “sleepy” neurochemicals from your brain. This lag is what’s responsible for you feeling slow first thing in the morning. If you feel really groggy, it’s possible you were woken up during a deeper stage of sleep.

What Are Alpha Brain Waves?

As you’re waking up, your brain starts to produce more Alpha brain waves. You’re not focused on anything in particular or solving any big problems. You’re in a state of calm, wakeful rest.

Producing more Alpha brain waves helps you clear the cobwebs and reduce the sleep lag. Which means you can use Alpha meditones to help you wake up feeling clear, calm and refreshed.

Why Alpha Meditones Help You Wake Up Feeling Refreshed

Alpha brain waves help you feel calm without getting too sleepy. They are naturally dominant when you’re daydreaming, or during activities with light focus such as mindfulness meditation.

Therefore, Alpha meditones are the perfect way to begin your day with calm clarity.

You could listen to Alpha meditones while:

There are a few more ways to boost your vitality and start the day feeling energised.

Alpha meditones help you wake up feeling refreshed because they help you produce similar brain waves you naturally produce during calm focus. Plus the meditones effect works every single time without you having to do a thing.

Even if you’re feeling groggy or sleepy, alpha meditones will help you gently awaken your brain. Which means if you want to wake up feeling refreshed every morning? All you need are your headphones.

Access hours of meditones music inside the Sanctuary with your FREE trial today!